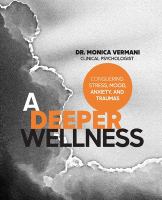 Rock guitarist, composer, producer, and musical mentor: Domenic Troiano was one of the greatest Canadian musicians of his generation. Starting out in the 1960s Toronto club scene with Robbie Lane & the Disciples and Rompin’ Ronnie Hawkins, Domenic made his musical mark with the Five Rogues, the Mandala, Bush, the James Gang, and the Guess Who. Along the way, he would share the stage with legends like Eric Clapton, David Foster and Carlos Santana. What remained constant was Domenic’s desire to be the best that he could be: a guitarist extraordinaire, an accomplished composer and arranger, a musical explorer on a never-ending quest. Domenic Troiano – His Life and Music, captures his career and character, from his youth to his final days and his legacy. Featuring submissions from more than 180 colleagues, friends, family and fans, Mark Doble and Frank Troiano have thoroughly chronicled Domenic’s musical adventures as well as the profound influence he had on those he encountered throughout his career. With a foreword by fellow guitarist Alex Lifeson of Rush and a complete listing of Domenic’s discography and television film credits, Domenic Troiano – His Life and Music is an authoritative and comprehensive account—an essential reference for anyone interested in him and his work.

God of the big bang : how modern science affirms the Creator / Wickman, Leslie.

How to read water : clues and patterns from puddles to the sea : learn to gauge depth, navigate, forecast weather and make other predictions with water / Gooley, Tristan

Strange beginnings: an introduction -- Launching -- How to see the Pacific in a pond -- Land ripples -- The not-so-humble puddle -- Rivers and streams -- The rise -- The lake -- The color of water -- Light and water -- The sound of water -- Reading waves -- The Omani delight : an interlude -- The coast -- The beach -- Currents and tides -- Water at night -- Shipwatching -- Rare and extraordinary -- Uncharted water : an epilogue.

January 6 : how Democrats used the Capitol protest to launch a war on terror against the political right / Smith, Lee

"The events of January 6, 2021, are being exploited by the Democratic Party and the national news media to criminalize political protest and free speech in America. American's were shocked and outraged to the chaos unfold at the Capitol on January 6, 2021. The melee shut down plans by some Republican lawmakers to object to Congress's official certification of the 2020 presidential election results. Democrats, the new media, and many leading Republicans immediately blamed the roughly four-hour disturbance on President Trump. The president "incited an insurrection," the American public was told. It prompted a second impeachment trial of Donald Trump after he left office. But one year later, the original narrative of what happened that day has crumbled while hundreds of American's have been swept up in an unprecedented investigation led by Joe Biden's Justice Department to punish them for their involvement in the January 6th protest. The public has been mislead-- and flat-out lied to-- about a number of aspects related to that day. This book exposes them all."--Back cover.

Kiss the red stairs : the Holocaust, once removed / Lederman, Marsha.

In this memoir, the author tells the story of her parents who survived the Holocaust, and she becomes curious as to how much intergenerational trauma has shaped her own life.

On critical race theory : why it matters & why you should care / Ray, Victor (Victor Erik)

"From renowned scholar Dr. Victor Ray, On Critical Race Theory seeks to explain the centrality of race in American history and politics, and how the often mischaracterized intellectual movement became a political necessity. Dr. Ray draws upon the radical thinking of giants such as Dr. Martin Luther King, Jr., Ida B. Wells, and W.E.B. Du Bois to clearly trace the foundations of Critical Race Theory in the Black intellectual traditions of emancipation and the civil rights movement. From this foundation, Dr. Ray explores the many facets that CRT interrogates, from deeply embedded structural racism to the historical connection between Whiteness and property, ownership, and more"--Provided by publisher.